The Effect of Learning Gaps on Anxiety 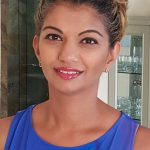 Dr. Aditi Mehra is a contributing writer to Lighthouse. Dr. Aditi Mehra is a pediatric occupational therapist with 20 years of experience within the field. Additionally, she runs a unique academic intervention program, Fit Learning Illinois, that addresses a wide variety of learning deficiencies in children of all ages. The program applies a science-based learning approach that consistently advances students 1-2 Grade levels in just 40 hours of instruction. Through this one-on-one, coaching program, students gain the essential tools to become confident and efficient learners for life.

Naturally, there are many different types of anxiety.  Anxiety can be brought on by awkward social situations, public speaking, separation issues, early trauma, etc.  For children, the school environment is somewhat of a breeding ground for anxiety, as there are so many stressful situations that can surface throughout the day—from the classroom to the playground.

For the sake of this article, I would like to focus on a more progressive variety of Generalized Anxiety, brought on by the accumulation of gaps in learning.  It often takes a few years of school before children begin to feel the effects of this, as it will usually present itself once the curriculum starts getting more complex.  From kindergarten to 3rd Grade, much of the efforts are geared toward developing foundational skills, so the disparity among peers is less apparent.

Having worked with children for twenty years as both an Occupational Therapist and educator, I’ve realized the extent to which gaps in learning can contribute to anxiety.  In my assessment, the following are the 4 most common contributing factors.

This particular factor is what I consider to be the overarching issue that acts as a tributary of sorts—enabling bigger and more damaging problems to arise. The importance of early education and proper development of foundational skills cannot be understated.  Consider the following quote by Timothy Bartik, from his book From Preschool to Prosperity:  The Economic Payoff to Early Childhood Education… 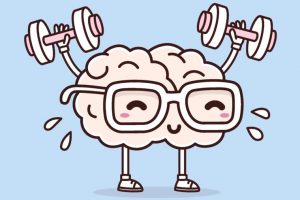 The child’s brain is more malleable prior to age five than in later years. Suppose an early childhood program increases the child’s skills: cognitive skills such as math and reading skills; social skills such

as getting along with peers and teachers; character skills such as patience, persistence, and self-confidence.

As you can infer from the above quote, the development of these critical foundational skills not only impacts a child’s education, but also his or her ability to interact with others in acceptable and meaningful ways.  From an education standpoint, it is about developing those core skills and becoming proficient in them.

Without sounding overly cliché, education is a “building block” system.  In the absence of a solid foundation, the entire structure can crumble! Now we’ll begin to explore how a weakened foundation can slowly cultivate a corrosive climate in school and at home.

“What did you get on your test?” asked the boy sitting next to Mikey.  We can all probably look back on our childhood and recollect countless scenarios like this.  While that boy could certainly take great pride in the A+ he got on the exam, how much worse is Mikey probably feeling about having failed the test?

He is probably experiencing a whole series of emotions—shame, defeat, sadness, resentment, etc.  At this point, he’s merely grappling with his emotions, as he’s able to compartmentalize it and quickly put it all behind him.  Eventually, he’ll start to realize that grades are the ultimate measuring stick of success in school. As the poor grades continue to plague Mikey’s existence, he’ll then start to define himself as “Stupid”.

That word cuts deeper than many of us can possibly imagine.  That “label” has much broader ramifications and goes beyond the realm of academic struggles and starts to delve into the formulation of a social paradigm.  Peter Kaufman said it best in the following statement…

If you think about it, one of the underlying sentiments we are suggesting when we call someone stupid is: “Why can’t you just act like the rest of us?”

What is the implication of this for a boy like Mikey?  He begins to feel like an outsider. He begins to identify himself as someone who simply doesn’t fit in!  What can be more anxiety-inducing than that?

While peers may give rise to the anxiety, parents are often unknowingly empowering their child’s lower self-esteem.  You’re probably wondering how this can possibly be, right? As parents, you love your children, have their best interest in mind, and want to protect them at all cost.  Naturally this is all true, which is precisely why I said “unknowingly empowering” in the first sentence. An article in The Conversation cited a study that revealed the following…

Children whose parents said they would respond by lecturing, punishing, or restricting their child’s social activities actually had lower levels of literacy and math achievement by the end of high school.

This same article went on to say— punitive strategies may increase children’s sense of frustration and aversion to school work. When a child comes home with poor grades and gets punished through the removal of preferred activities (video games, TV, etc.), that punishment likely increases the child’s resentment of school.  As the resentment toward school increases, this will typically result in a downward directional trend in grades—defeating the intended purpose of the punishment.

In many respects, any system of reward or punishment is unlikely to have any positive effect on a child like this.  The reason is because it all comes down to addressing the problem itself. If the problem is due to poor foundational skills, then anything short of going back and repairing those deficiencies, is not likely to have much success.

In other words, how can a child be expected to do long division when he hasn’t even learned addition and subtraction?  While this example may sound surprising, similar gaps in learning are prevalent in schools throughout the nation. When children are doing more advanced work, but have yet to resolve more basic concepts, then everything comes across disjointed and simply doesn’t make sense.

Using the above example, how effective is it for a parent to punish the child for failing his test on long division?  The punishment will only make the child feel more defeated and further reduce his self-esteem, right? Perhaps a better remedy would be to enroll the child in a refresher course in basic arithmetic.  This would be an example of going back and “filling the gaps.”

The Teacher. We are all familiar with the expression “teacher’s pet”.  But…there’s far more to it than little Suzie setting an apple on the teacher’s desk.  There’s also more to it than the teacher siding with Suzie in classroom discussions or student confrontations.  What about the other kids in the class who are not so fortunate to be teacher’s pet? More importantly, what about that child who is positioned entirely on the opposite side of that proverbial fence?

Just as teachers can play favorites, they can just as easily play “least favorites” as well.  The following passage in The Telegraph illustrates the harms of favoritism:

Pupils who feel side-lined may lose motivation, making them even less liked. It can set up a vicious circle of antagonism, which can be difficult to break.

As if poor grades and rejection from peers were not enough, when the teacher herself cannot even find a soft spot for the student—it just further galvanizes the child’s anxiety and low self-esteem.  Teachers do the best that they can with scarce resources and over-crowded classrooms, and it’s likely that much of the favoritism they display is completely inadvertent. Unfortunately, the children are unable to discern the intent.

Given the limited resources and stressful environment, there is simply not enough time for educators to teach all concepts to a level of “Mastery.”  Teachers are required to get through the curriculum relatively quickly and some students sufficiently keep up with the material, whereas others like Mikey sadly fall behind and never really catch up.  This is when the gaps in learning begin to form.

The Sibling. This goes hand in hand with the “favoritism” theme highlighted above; but instead of happening on school grounds, this one takes place at home.  Often unknowingly, parents tend to align themselves with one child over the other(s). The issue of “sibling preference” was a subject of particular interest to  psychologist, Alfred Adler, having once proclaimed:

Dangers of favoritism can hardly be stated too dramatically.  Almost every discouragement in childhood springs from the feeling that someone else is preferred.

Frequently, the more “favored” child has garnered the respect from parents as a result of academic success, but sometimes it is simply a vicarious situation based upon similar interests, etc.  Sadly, the ego can play a critical role in this process, as some parents may see their own ambitions or dreams being fulfilled through the accomplishments of their “golden child.”

Not only does this further impugn the self-esteem of the less favored child, but it might also trigger an “ego” response within him as well.  Eckhart Tolle aptly described this as follows:

Some egos, if they cannot get praise or admiration, will settle for other forms of attention and play roles to elicit them.

As we all know—negative attention is better than no attention at all!  This child has already developed such a low sense of self-worth that he begins to take on this identity as a rebel or antagonist, in order to better cope with his grossly troubled life.

In summary, learning gaps accumulate gradually and the impact from these deficiencies will tend to escalate incrementally over time.  While the root cause of learning gaps can be attributed to poor foundational skills, it is important to note that missing these critical components can create somewhat of a “snowball effect”.  If unaddressed, it expands its reach into the other previously stated facets (peers, parents, etc.) of the child’s life.

Just to further clarify, learning gaps offer just one of many potential causal explanations for anxiety.  So, the content within this article, in whole or in part, may not be applicable to all children diagnosed with anxiety.  I do hope you found the article to provide some helpful insight, as it is in no way intended to offer a formal medical opinion or diagnostic guideline.

Dr. Aditi Mehra is a pediatric occupational therapist with 20 years of experience within the field. Additionally, she runs a unique academic intervention program that addresses a wide variety of learning deficiencies in children of all ages. The program applies a science-based learning approach that consistently advances students 1-2 Grade levels in just 40 hours of instruction. Through this one-on-one, coaching program, students gain the essential tools to become confident and efficient learners for life.